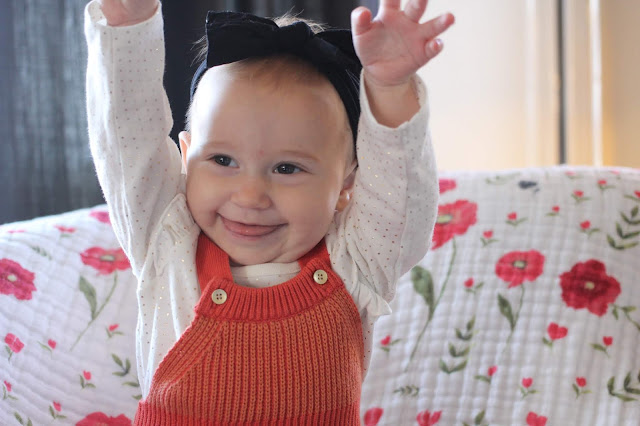 Poppy is officially eleven months old. How is it possible that in just one month, we'll be celebrating her first birthday? She is still super small, wearing her six month clothes, but thankfully she's consistently moving up on her growth chart.

Poppy is still nursing pretty exclusively. We've tried lots of foods, including finger foods (she has five teeth!) and pureed food. She eats a little, depending on her mood. We tried ordering a food puree meal service for her- Little Spoon, which is amazing food- but far too much for her (i would recommend it, however if you happen to have a big eater). I've had to do a pretty big shopping spree for Poppy this month- all of her 6-9 month clothes are for spring and summer...I needed to buy some warmer tiny clothes.

Poppy has become so playful. She plays peek-a-boo with blankets (and cloth napkins), she squeals when i grab her leg and pull her toward me, than tries to crawl away really fast...we do this over and over with her laughing and squealing with delight. She is still painfully attached to me, but seems to be allowing other people to at least pick her up and hand her to me without crying. Daddy seems to be getting higher on her list of people she likes, with myself and sailor at the very top.

She jabbers all the time. She does sign language for "all done," "milk," and "up." She has tried to say "sailor" and says "ya" and "mamama." All of her other words seem to be inconsistent, but she's getting there. She's cruising all over the place, pulling herself up, and still crawls with one "peg leg" just like Easton did as a baby. 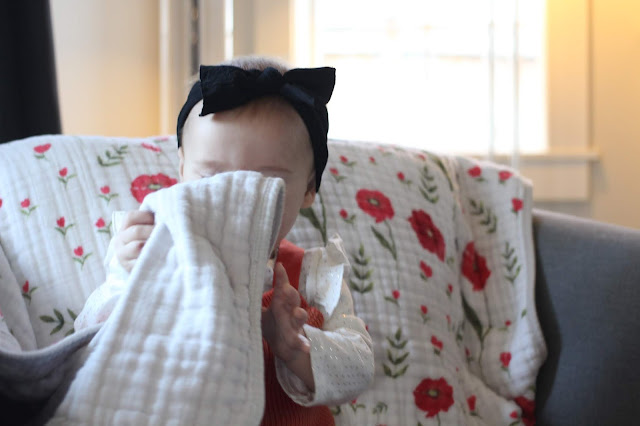 Poppy still loves music. As soon as she hears music she starts moving her little booty, bouncing her head, and dancing to the music. She also tries to sing along- its so amazing to watch. The boys still sing her the song we made up whenever she cries. They also sing Old Town Road by Lil Nas X, her favorite of all the songs in the world.

She's sleeping in her crib most of the night- usually around 3am I bring her into bed with me. She still wakes up between three and four times before it's time to get up for the day. (I recently bought a smart watch and I'm alarmed by the lack of sleep I'm getting each night). Thankfully, she does nap in the morning- but only if I lay with her....so I also take a nap every morning. 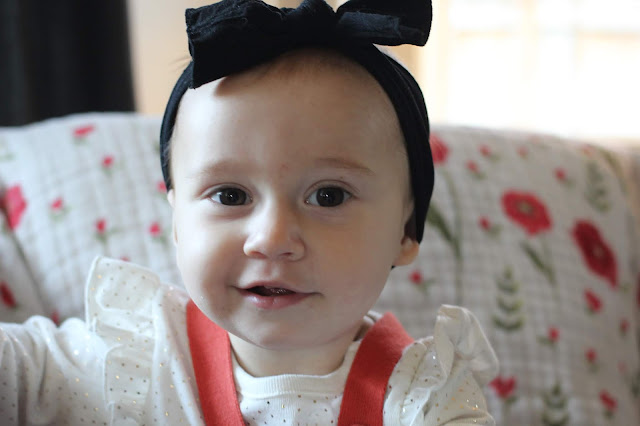 The ability to carve out time to workout has been increasingly difficult for me as Poppy won't stay in the studio childcare...so, I'm now paying a friend to watch her two-three mornings a week so I can get in a workout (this is necessary for me in order to stay sane).

I'm enjoying my sweet baby so much. For all of the attachment, sleepless nights, constant nursing... I still wake up every single day thanking God for this third baby. She brings so much delight to all of our lives. Her humor, resilience, and playfulness inspire me every single day.

God, thank you for making me her mama.

(I missed her 10 month update. below are the pictures I took of her at 10 months...with all the intention in the world to write about it...) 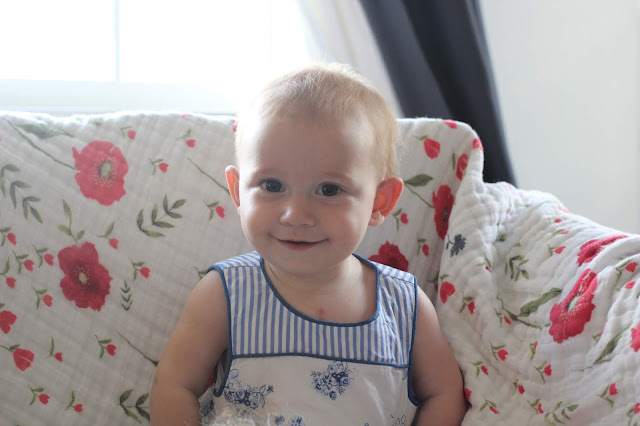 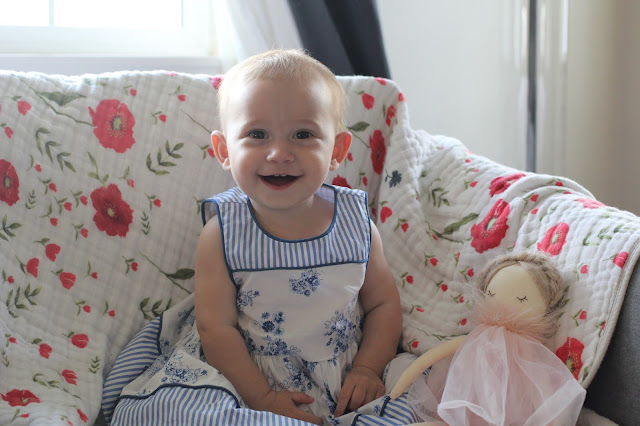 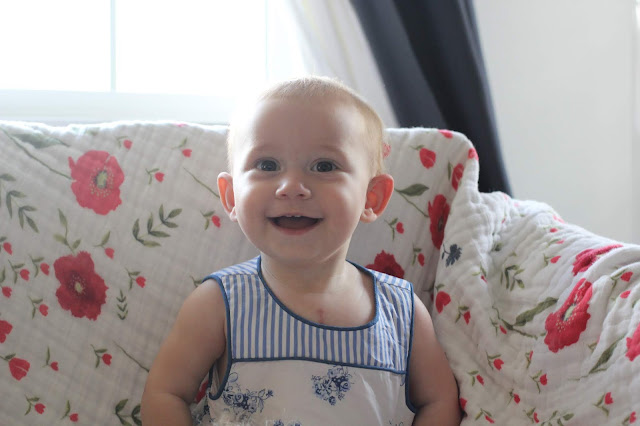