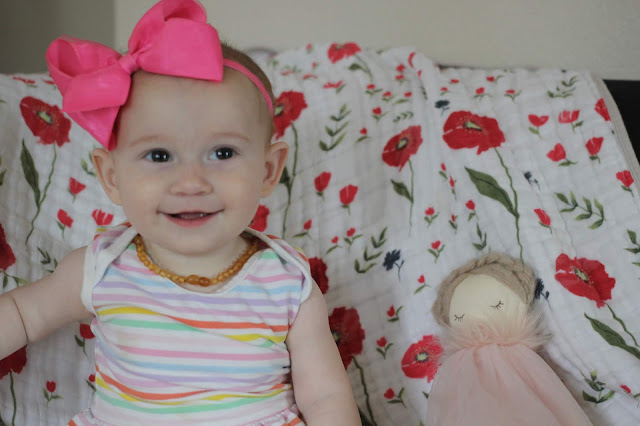 Poppy turned seven months last week. She is making all of us fall in love with her more and more everyday.

She's about 14 pounds, wears size six month clothes, and loves wearing big bows around her head and baby sunglasses. She has one bottom tooth which has broken the surface, but it's far from totally grown in...it's barley noticeable. We have given her little bits of food here and there...she gets most of the food on her clothes and very little in her mouth. I'm a big fan of the "baby led weaning" which means a bit more mess but A LOT more baby control over what they put in their mouth and when they feel finished. We've given her small bits of avocado, banana, strawberries, and some greek yogurt (which she dipped her hands in and put in her mouth...super duper messy). 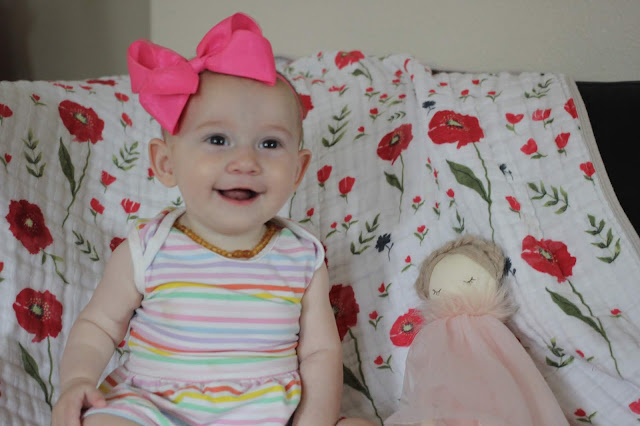 She sits up on her own, she scoots backwards, and she still sleeps anywhere but her crib. Poppy is also going from laying down on her back to sitting up by herself- which I find remarkable. As soon as I hand her off to ANYONE, she cries. When I take her back, she stops. It's quite infuriating (and a bit sweet ;).

She talks a lot, especially at night. My friends and I are pretty sure she called John (our good buddy and neighbor) Dada. Tony has been called Dada a couple of times...and I've heard mama a few times, too. She waves hello, with her entire arm and open hand, and it might be the cutest thing ever.

Poppy loves music, especially singing. We sing to her all day long. She stops crying almost instantly if we sing. So far her favorite singer is Mama, but I'm certain she'll love Beyonce just as much one of these days. 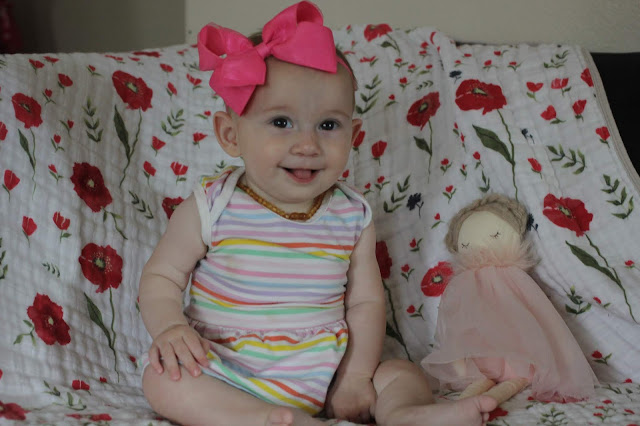