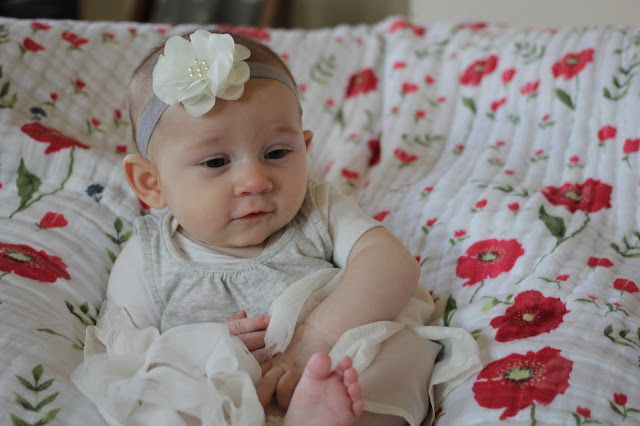 I am about 10 days late in posting about Poppy's four month milestones, however the pictures that I took were on her four month birthday. She has been keeping me quite busy, quite engaged, and a little crazy.

Poppy has not mastered the nap... or the night time sleep. She has been very fussy these last few weeks- which is hard, if i'm completely honest. Month three went quick. She turned three months, and then all of a sudden here we are (part of the way through) four months old!

One of her most fussy days was right after she turned three months. the day was long and I was dreaming of taking a drive and maybe not returning. That night I cried a bit and told Tony how hard she had been all day. then, I laid her down on my bed to change her clothes and for the first time (EVER) she giggled out loud and HARD. On her fussiest day, she gave me her first real laugh. God is such a show off. 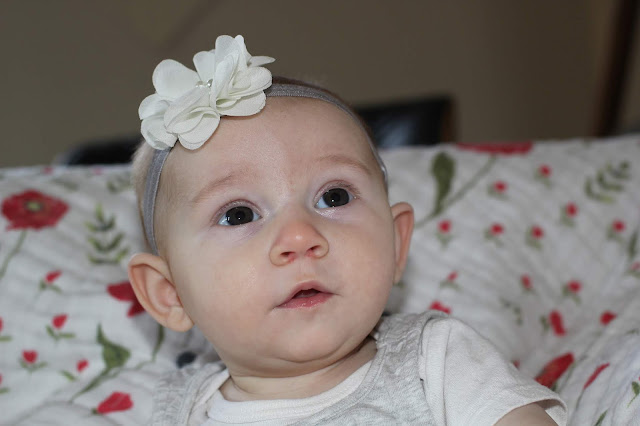 At her four month check up, Poppy weighed 11 lbs 14oz. She is in the 12th percentile for overall size- which is quite small, but she's growing steadily. I'm so thankful she's so tiny because I carry her around all day. My back thanks her, too.

Poppy is incredibly strong. She holds her neck up like a six month old, and wants to stand ALL the time. laying her down is a sure way to piss her off, so we bought a jumpy saucer for her to get her wiggles out while she's upright. she sits almost completely unassisted. It's pretty impressive. 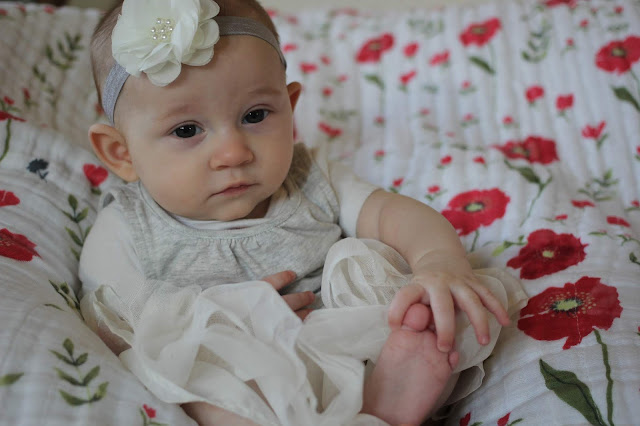 Nursing has been going well most of the time. She seems to get uncomfortable easily, however. I have tried lot's of nursing positions, but the one she seems to like the best is when i place my arm under her head while she nurses. She gets fussy very easily while she's eating and likes things calm and quiet without any talking from mama. this seems nearly impossible since I have two other children who want my undivided attention as well. So Poppy gets angry, doesn't eat, and I try again later. She'll learn.

Of course, I would be remiss if I didn't write that NO MATTER how fussy she gets, she is still my greatest joy these days. I am so in love with my baby girl. I love watching my boys with her. I love the sweetness that they reserve just for Poppy. I love watching my husband with a baby again. He gets more handsome with every kid. I am so blessed. 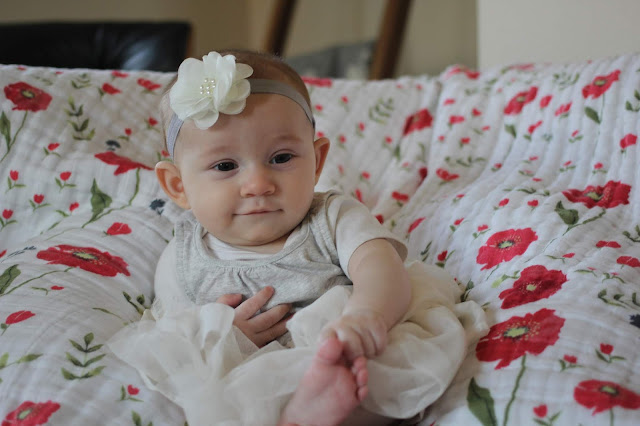 She is so precious. ❤️