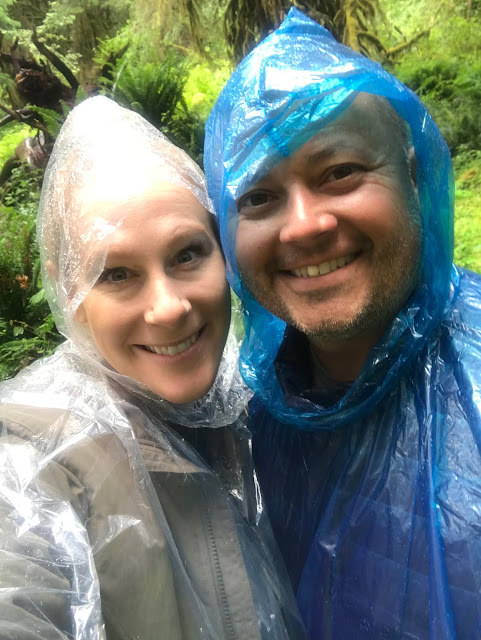 ever since moving to washington i have wanted to visit the Hoh rainforest. it's the largest temperate rainforest in the northern hemisphere and considered one of the seven wonders of washington state. it also has the designation as a World Heritage Site (swanky, aye?).  the moody mossy backdrop of the forest and the many trails made it a must see for my little family.

we camped about an hour south of the Hoh rainforest. the campsite, also a rainforest, was beautiful and sat right on a huge lake. the lake was formed over 15,000 years ago by a giant glacier which settled and melted into the Quinalt Lake. the weather was a bit too cold for us to go swimming, but we enjoyed the view from our tent. 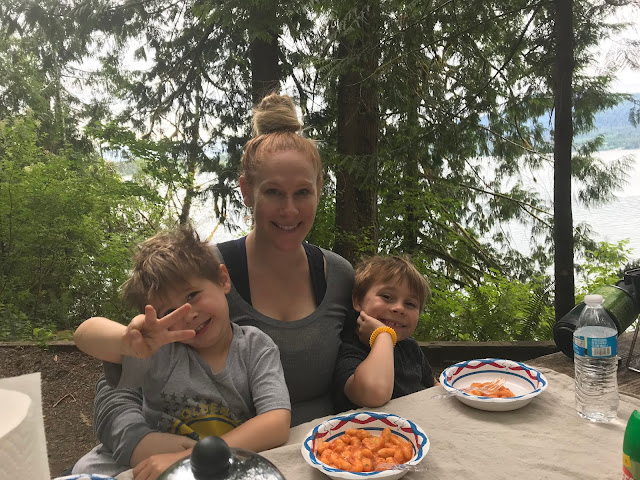 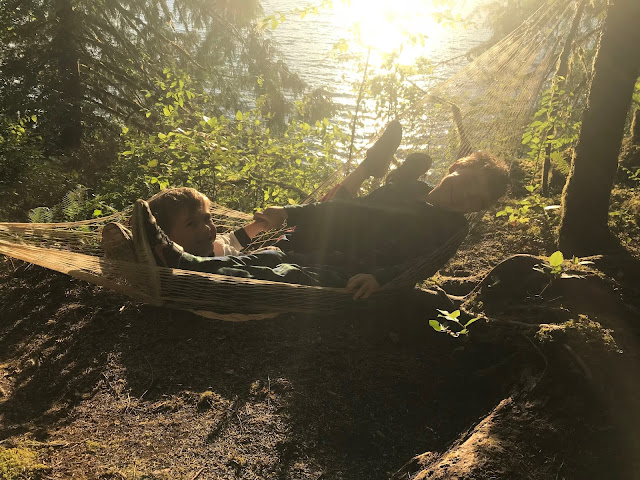 last year we went camping and realized that our tent was a tad smaller than we remembered (it was a two person tent). this year we borrowed a tent from a friend (a huge two room tent) and realized that it actually WOULD NOT fit in the tiny campsite we reserved. so... half of the tent sloped downwards, while the usable part fit perfectly on the 10x10 ft. tent space. next year, we'll have just the right tent...i just know it.

the boys spent much of the time stoking the fire with "pokers" found on the trails. three burns and one singed hairline later we finally stepped in and told the children to stop playing with the fire. there were tears and very high pitched objections. it rained all night long (we were very thankful for the 'almost' waterproof tent. i, being 21 weeks pregnant, went to the bathroom a total of eight times from the time i zipped into my sleeping bag until the time i woke up for the morning....both nights. 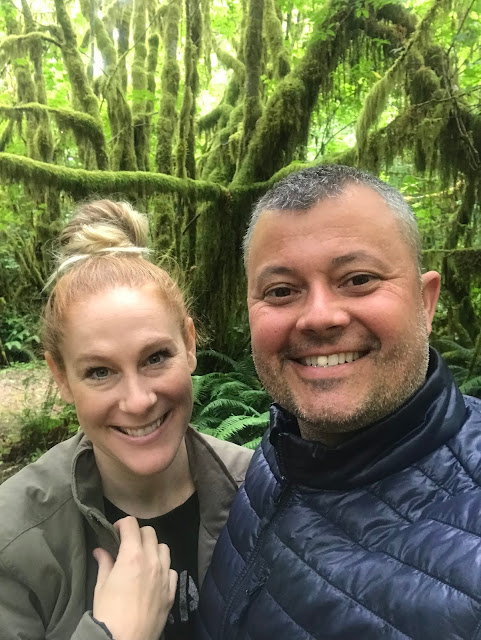 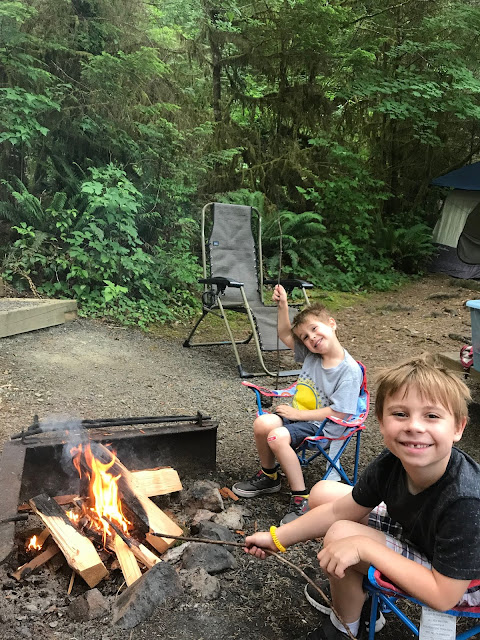 we drove to the Hoh rainforest on our second day camping. easton was very upset by the poncho i bought and insisted he wear, and had a rather bad attitude for most of the hike. he brightened up a bit when we discovered our first banana slug (i thought banana slugs only lived in the santa cruz mountains...a happy surprise!). sailor was happy and optimistic on our entire hike, happily taking photos and crawling into tree holes. he's our eternal optimist! we always try to encourage the kids to take part in the "Junior Ranger" program that national parks offer. so we went through the forest drawing pictures and answering questions in the free work-books they give at the visitor center. both kids were sworn in as junior rangers of the olympic national park. we were very proud. 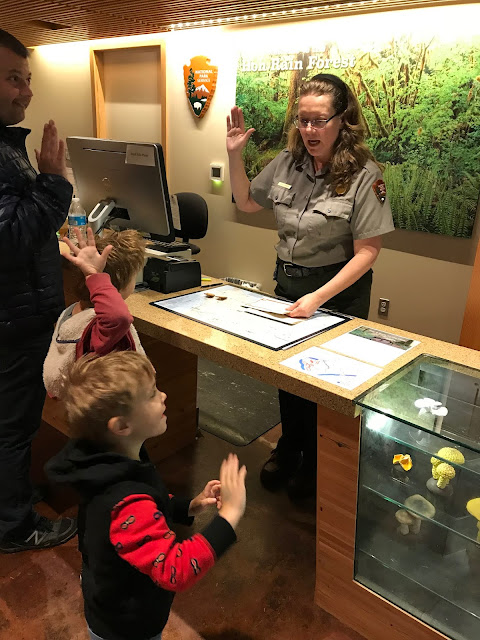 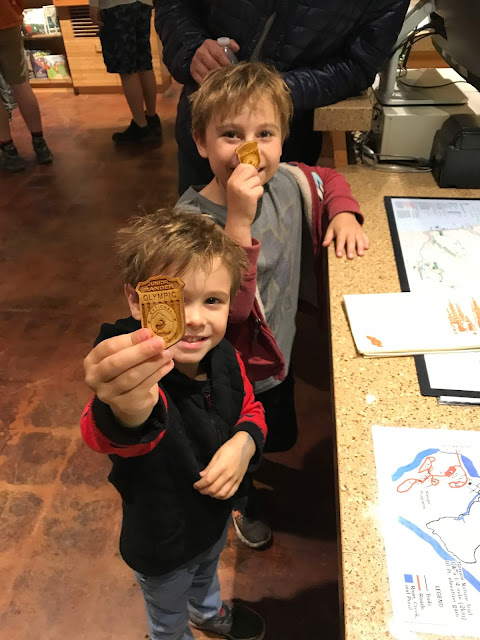 we walked the trail called the "hall of mosses" and were amazed by beauty. tony commented that he felt it was like the grand canyon, in the way that no picture could ever do it justice. the forest looked ancient and majestic and far more beautiful in person than i could have imagined. 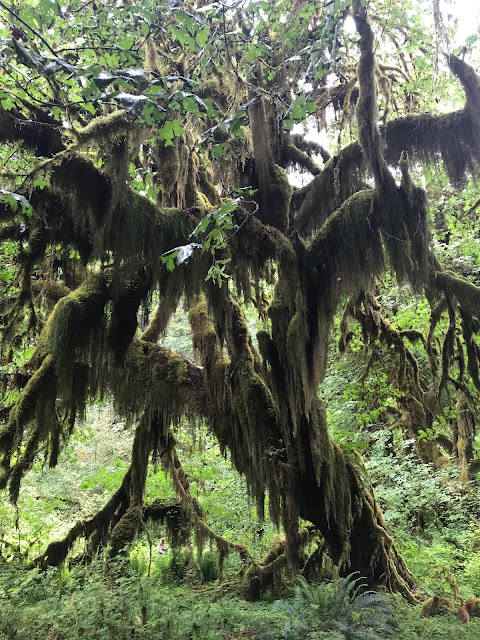 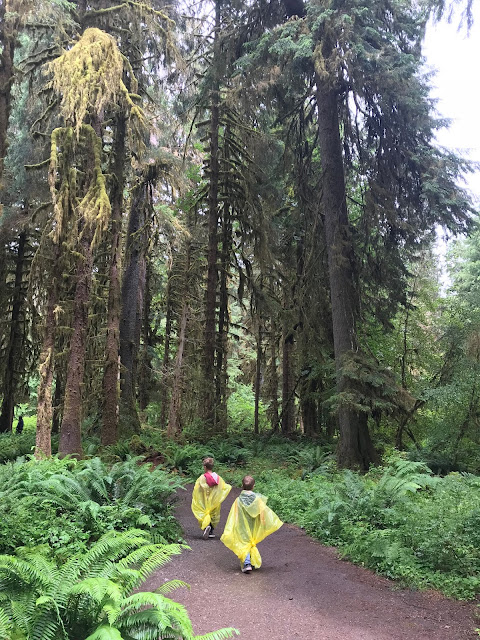 as always, we roasted marshmallows made trader joe's frozen dinners (gnocci on the first night and mushroom risotto on the second). tony set up the tent, i made the meals, and we all helped in making the fire last as long as we could (tony is beginning to improve on his campfire skills). the older the kids get, the more comfortable we are at letting them explore farther from the site and the more they help in the camping duties (sailor helped clean the pots while easton helped make dinner). it was a really awesome trip...we are hoping to get one more camp in this summer. we shall see. 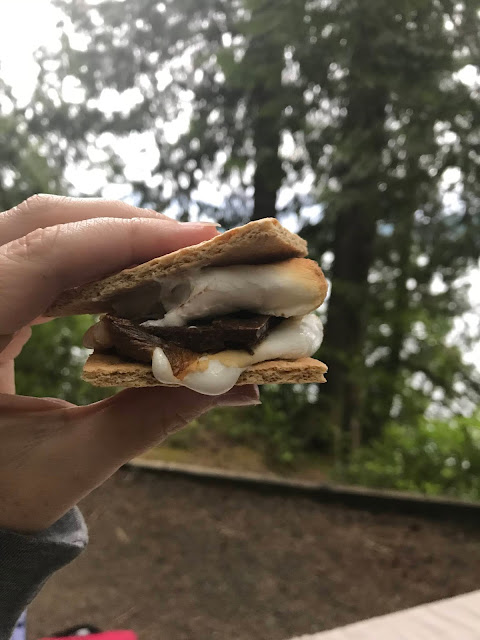 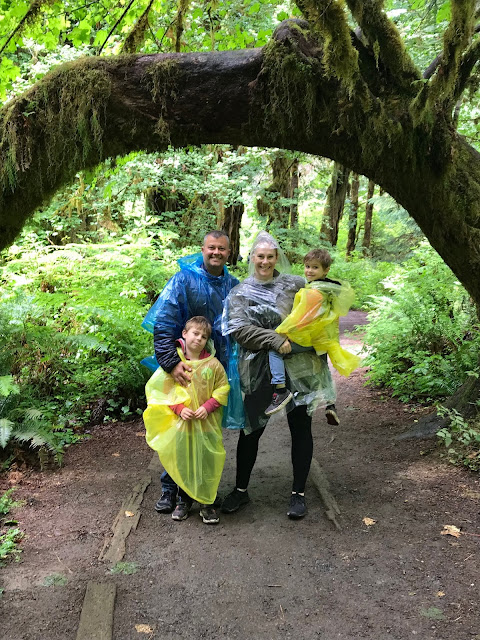 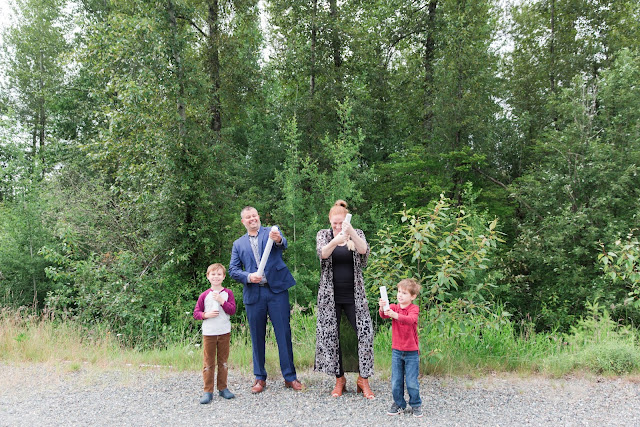 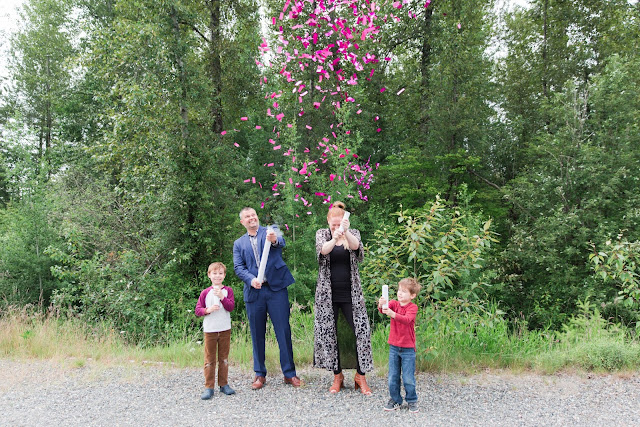 i found out i was pregnant on a trip home to the Bay. my first clue was falling asleep in the movie theater. i never fall asleep during movies...ever. i took a little test and than texted the result to my sister, then to christine, then to marissa. it took me a whole day to finally call tony. i told him over facetime...i think (i hope), i will never forget his smile.

the first trimester was a real challenge. i'm not sure those children of mine have ever logged so many hours of television in their entire lives. i was so sick that there were times (of which i'm not proud) that i was very close to hoping this whole pregnancy thang wouldn't work out. i stayed in bed as often as i could, i cried a lot, and i dreaded waking up in the morning because i would inevitably have to open the refrigerator to get breakfast ready for my boys. opening the refrigerator is a special form of torture reserved only for tough pregnancies and serious food aversions (to which I have had/been both over the years). i was sick daily...but only before i ate (another form of torture)  i mistakenly joked with my midwife that it would be nice if i could at least throw up once i've HAD something to eat- that gestational bulimia would be a welcome silver lining (ahem...joke). She did like that very much (whoopsi).

my boys were hoping for a baby sister...easton said he wanted a little sister who looked just like our friend's baby. sailor said he wanted a little "gurwel" who he would name lucy.
i just knew it would be a boy. i tried very hard to remind them how wonderful it will be to have another little boy running around the house...but my heart always wanted a girl.

i ordered two sets of confetti cannons, one blue and one pink. i had the ultra sound tech place the gender results in a sealed envelope, which i than gave to my friend. she gave me back the correct set of confetti cannons, sans any gender determining stickers. my best friend's sister just moved to bonney lake from the bay area...briana is an amazing photographer who so lovingly agreed to capture our gender reveal moment. below are the results. the surprise and excitement in all of our faces is palpable; my reaction...it's etched in my heart forever. i am so grateful to be bringing this third little bird into the world, and so thankful to have a little girl. 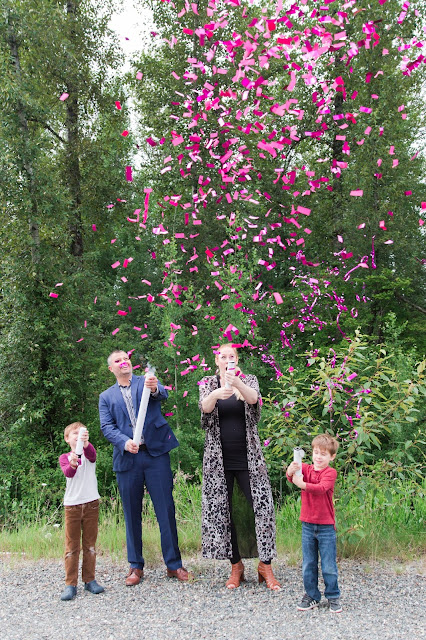 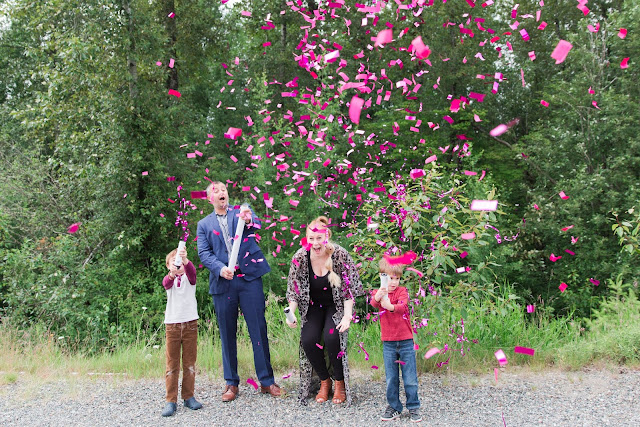 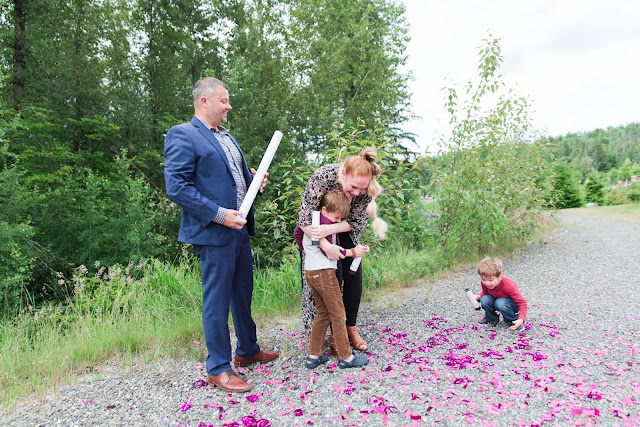 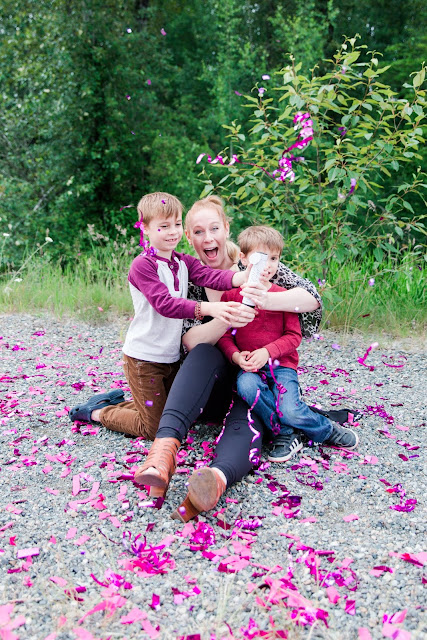 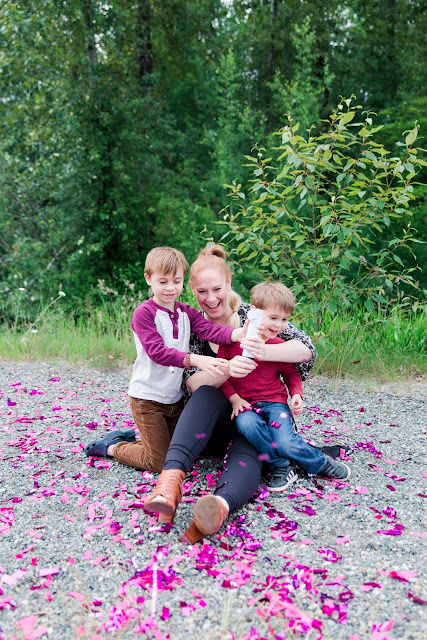 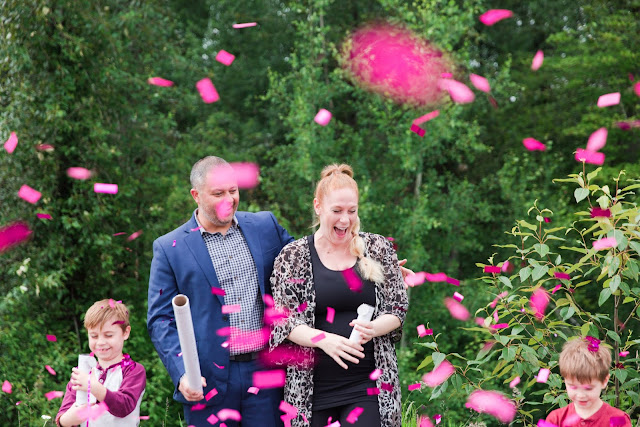 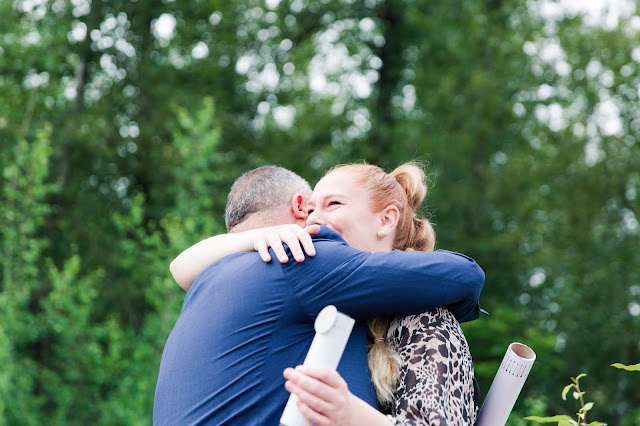 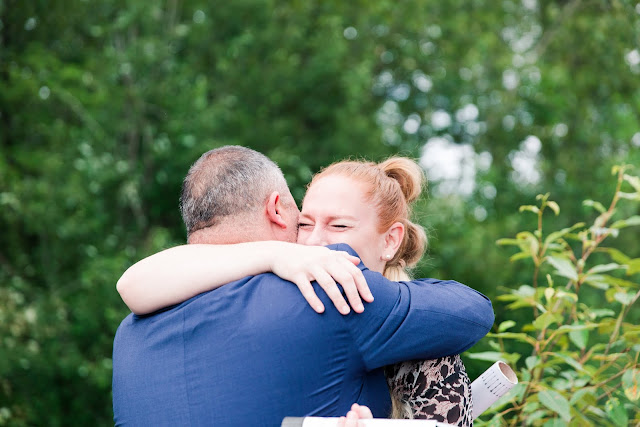 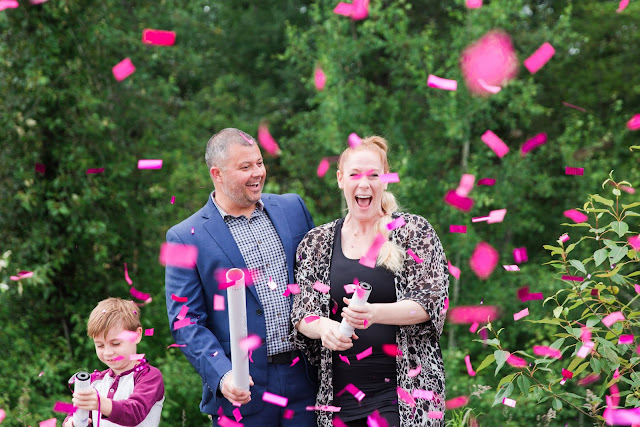 the "open mouth smile" is something pretty common in special moments. like when best friends get married... 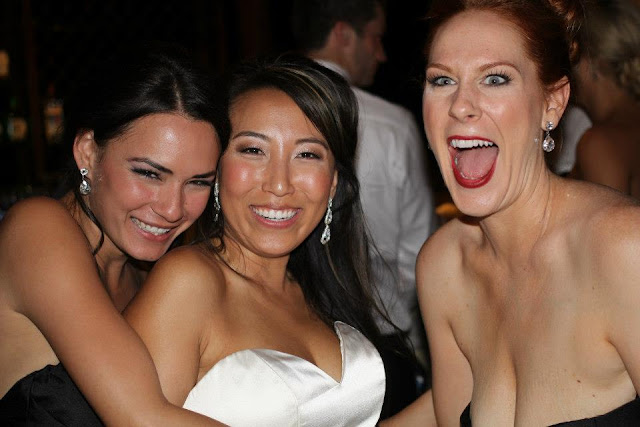 or when tony and i get married... 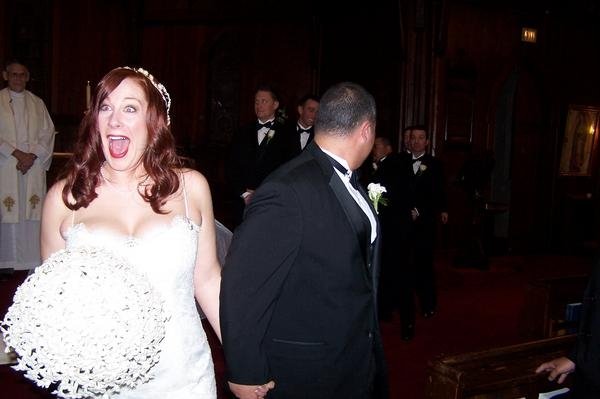