mama to a five month old. 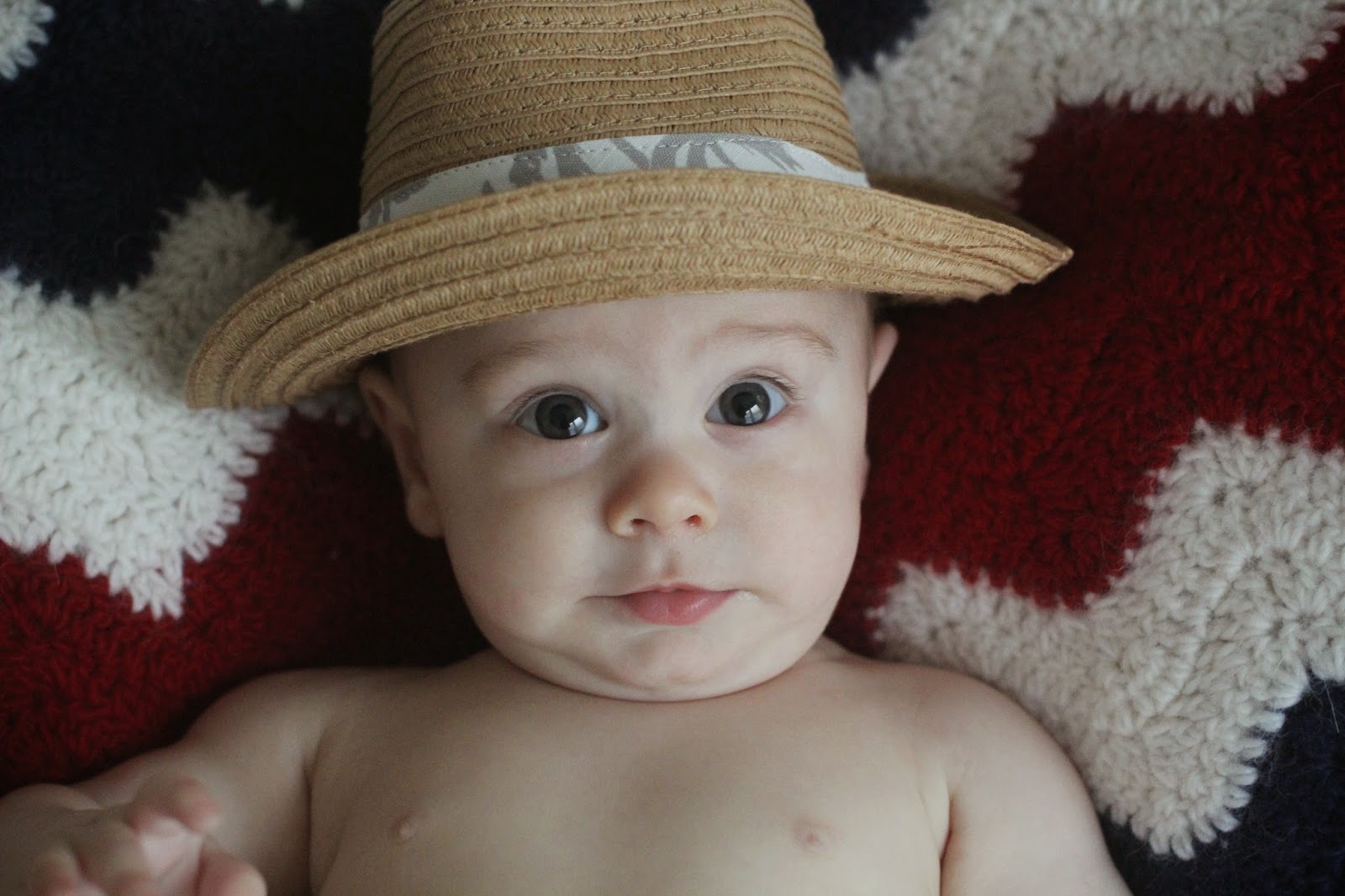 sailor turned five months old!  his last week as a four month old was pretty rough. he was
admitted into the emergency room for a bad case of croup, where thy gave him a steroid to help the inflammation of his airway and a couple of breathing treatments. he is feeling much better this week (the steroid works for 8 days). as soon as his cough settled down, he started teething. oh, snap. he is in a lot of pain and sleeping terribly. he's sleeping so bad, in fact, that i have brought him into our bed the last couple of nights because he only sleeps well next to me. on top of the teething, his rolling over (which was so cool at first) is also keeping him awake. we put him to bed on his tummy (tsk tsk, said the doctor) and he rolls over on his back and won't fall asleep that way. i have started referring to him affectionately as the turtle because he looks just like a turtle turned on his back with legs and arms flailing in the air while he is squawking for his mama. 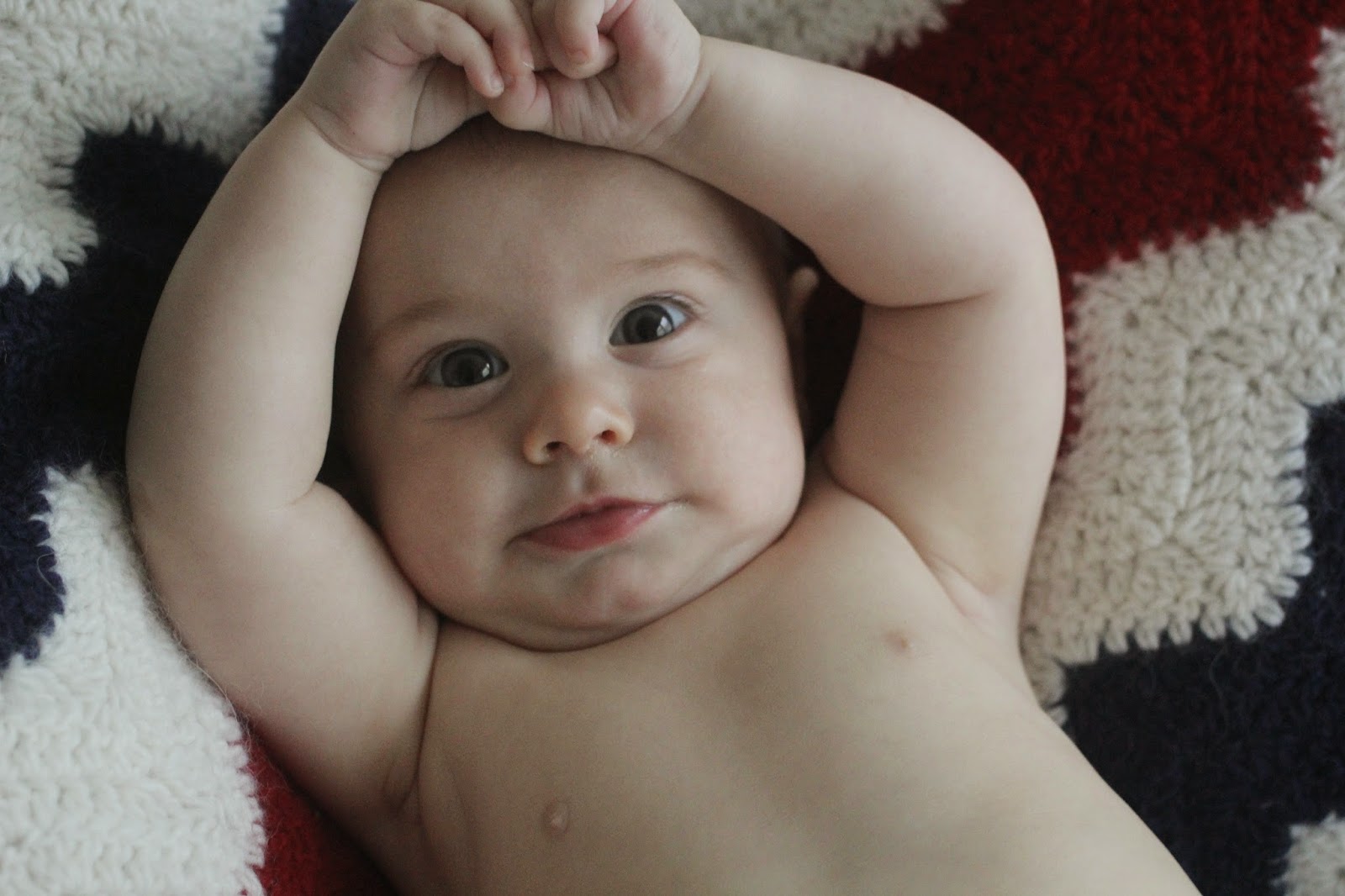 he has started to laugh and giggle at just about everything. he loves watching his brother, who is such a goofball as you all know. sailor and easton get along pretty well- with just a couple of hiccups every once in a while (sailor isn't fond of easton poking him in the eye, who can blame him?).

we are pretty sure that his eyes are going to stay blue, or turn to green. they are beautiful. his eyes smile and sparkle. he is such a beautiful baby. sailor's hair has become almost cartoon character, like. it spikes straight up in the air in little whisps. people comment on his hair all the time. a guy behind me at whole foods laughed out loud and said sailor's hair was the most awesome baby hair he'd ever seen. when single guys comment on my baby's hair (and not my hot self) you know it's pretty remarkable ;)

he weighs just under 13lbs, which i think is huge but according to the doctor he is in the 5%tile. why i have such tiny babies, i'll never know. sailor eats quite well after his afternoon nap, but it's almost impossible to get him to eat before noon. i think he might be one of those people who never eat breakfast when he's older. he just doesn't seem to have an appetite in the mornings. so, i pump.

i miss him dearly when i send him to day care two days a week, and always feel just a little guilty. i was with easton 100% of the time until after he turned seven months. i feel like sailor is getting the short end of the stick- but he's surviving and so am i.

i love my little guy so much. is it to early to want another one?!?! i'll have to convince tony first! 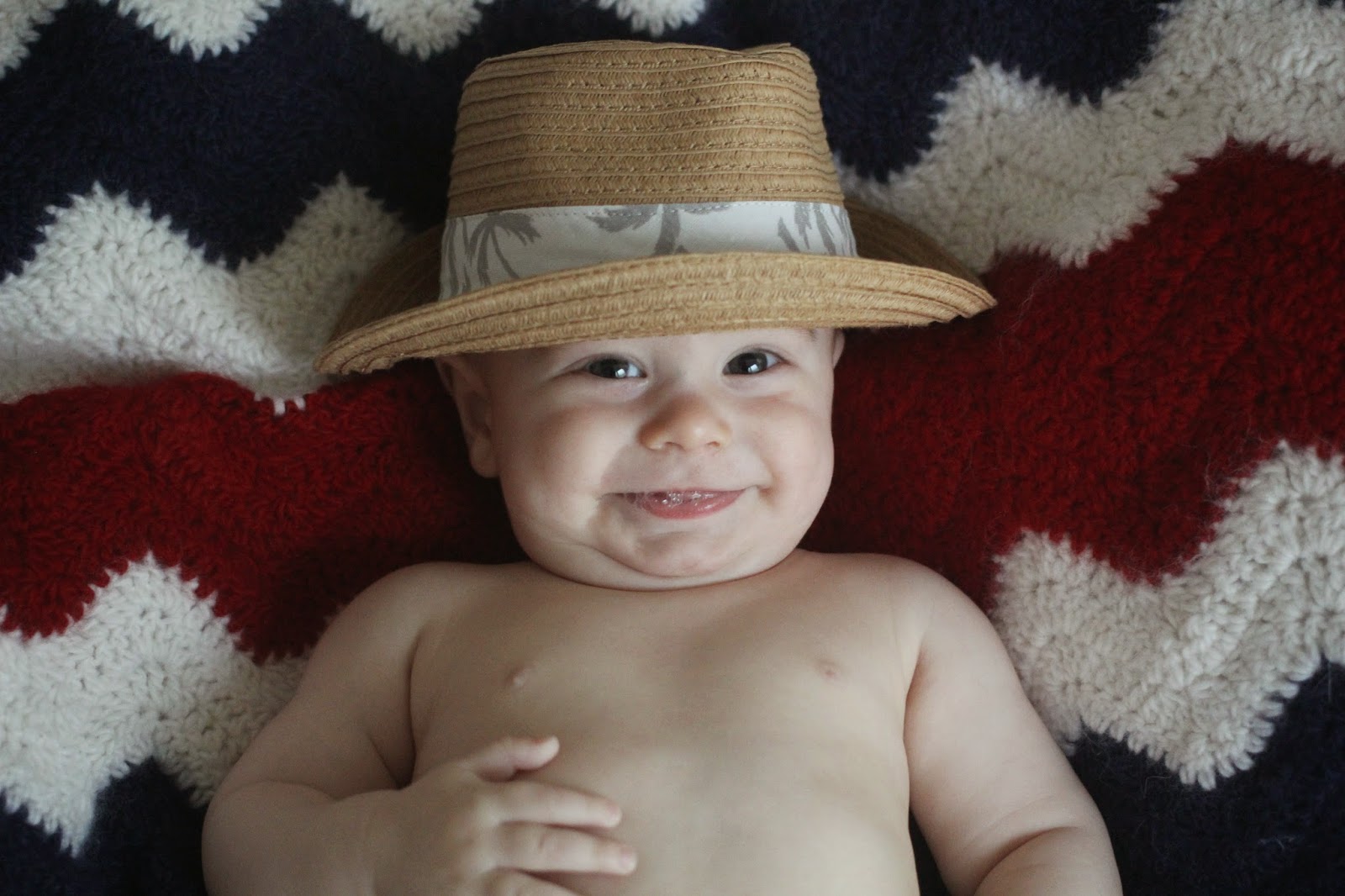 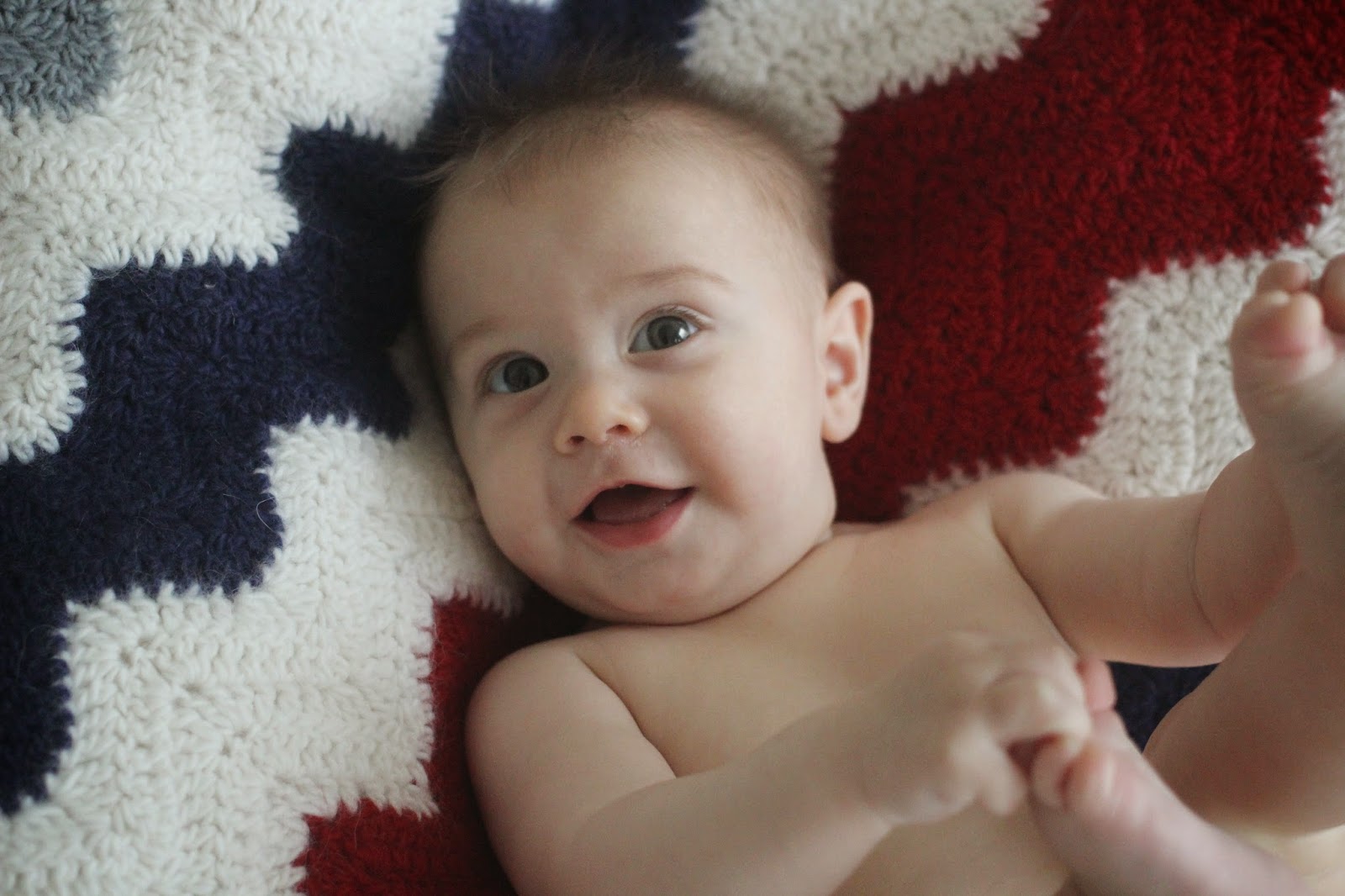