mama to a four month old. 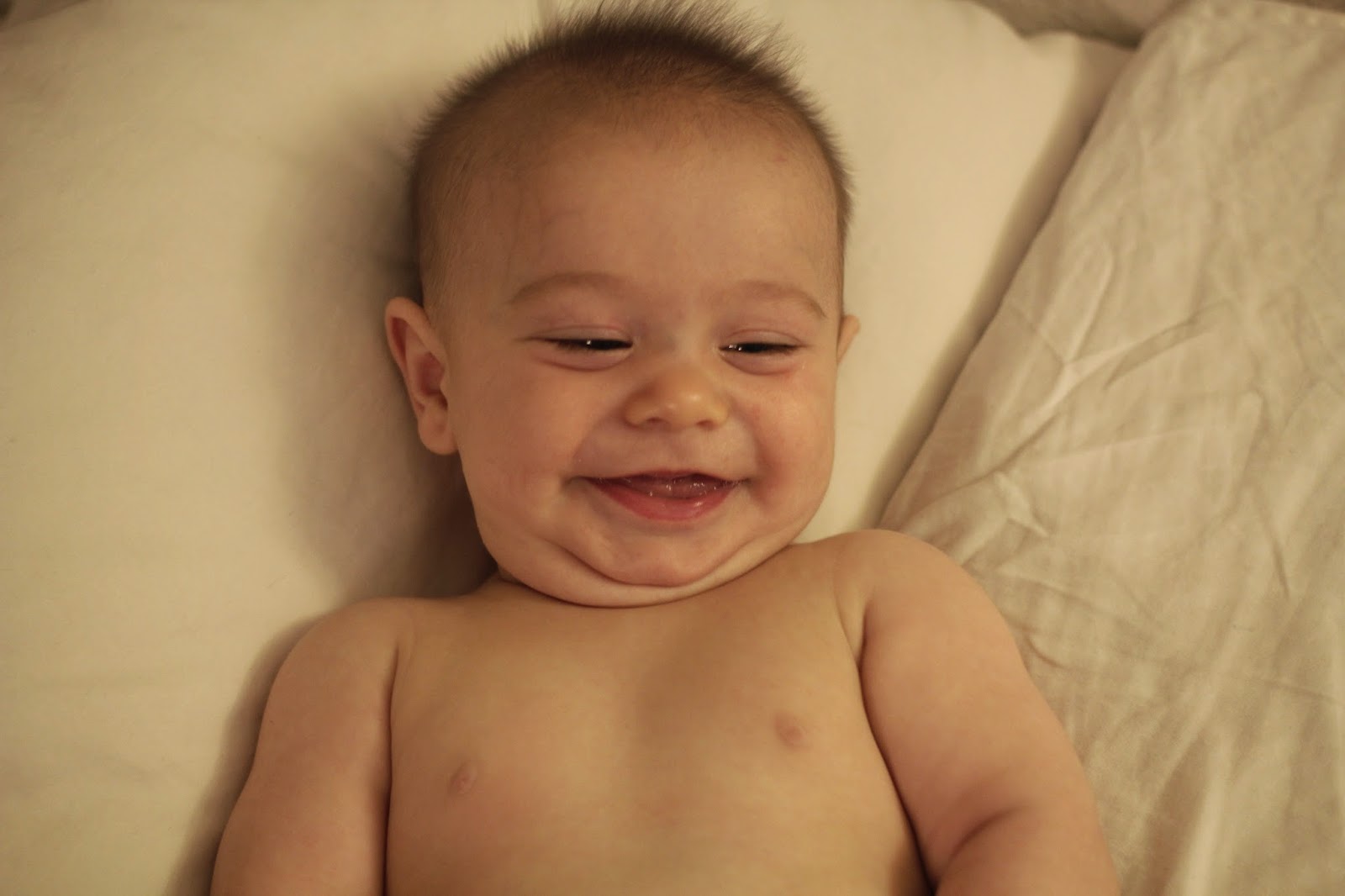 our tiny little sailor-boy is four months old! we were traveling by plane on his four month birthday which was a fun treat for all of us :) sailor was a doll on the plane. he nursed, fell asleep, wiggled, and cried when the air pressure changed (his ears probably hurt).

this past month he started to fully develop his little laugh. he is such a giggler. he smiles all the time. huge smiles. he is such a pleasant baby to be around almost all day long. he has been napping like a champ and wakes up two times throughout the night for some one-on-one mama time. we have begun scheduling his day- and it goes a little like this: 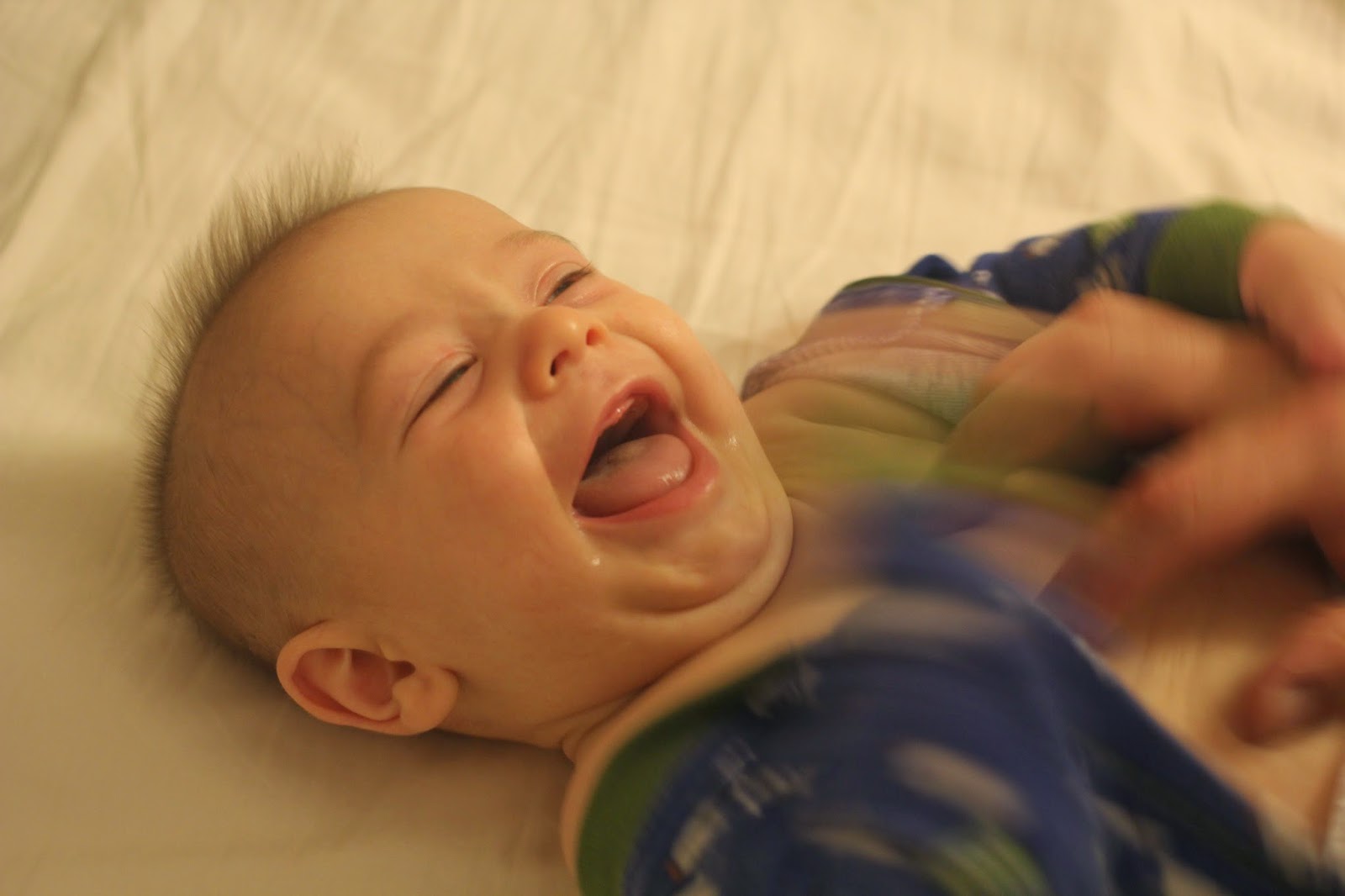 we were out of town this week (in seattle) and sailor had a little trouble adjusting. he went on a nursing strike. i'm so happy that a friend of mine mentioned her son's nursing strike years ago (right after i had easton) so i knew what was happening. he just- stopped nursing while we were in seattle. eventually during his feeding times he'd get some milk in, but it took almost an hour to feed him every time i nursed for three days. he'd arch his back, cry, and wouldn't let me get my boob anywhere near his face. but- he's back to his old ways today and nursing like a stud. 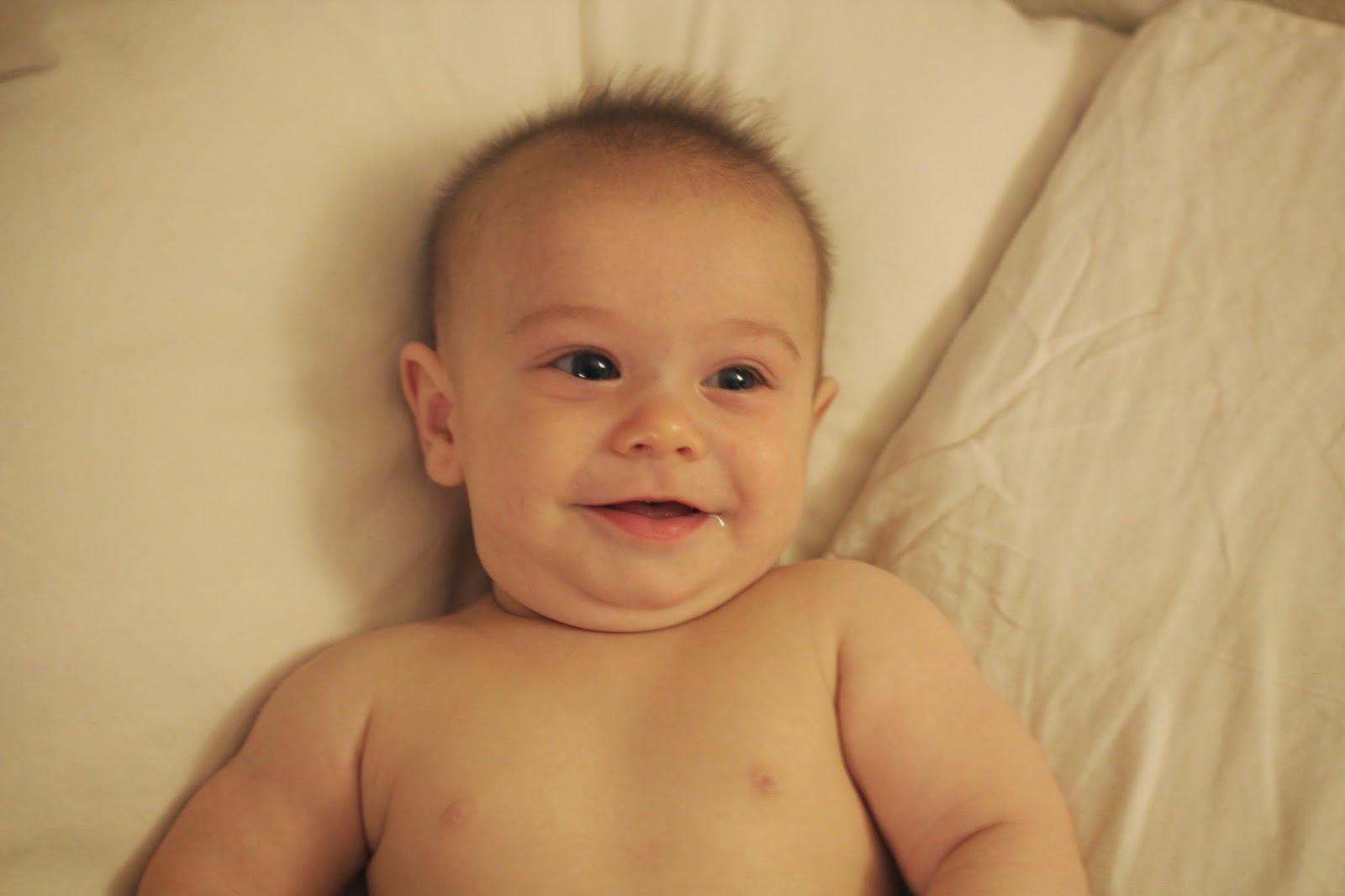 he doesn't like me to leave his side when he's awake. he's quite needy. i'm learning to love this about him because, he won't be a baby for long. i'm looking forward to month five- and watching this baby boy grow in mind and body!
Posted by red hippo at 8:23 PM