Sleeping through the night. 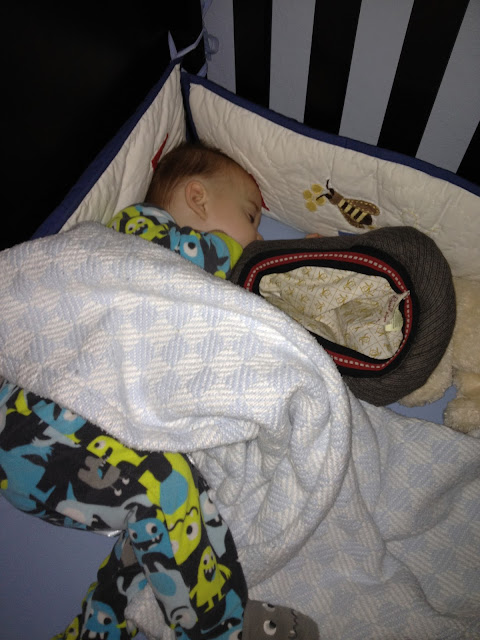 There are those children who sleep through the night before they even leave the hospital. My child, he was not one of them...

It took Easton almost two years to [finally] sleep through the night. Now, don't get me wrong- I wouldn't trade those middle of the night nursing sessions for anything in the world. That time with Easton was priceless, beautiful, and so so so special. I'm very aware that feeding in the middle of the night was probably just one of the many reasons that he woke up- but nonetheless, I really look back on those late night/early morning feeding sessions fondly.

I stopped nursing the morning that I found out I was pregnant with baby #2. Easton was 18 months. The second night without nursing he slept ALL the way through for the VERY first time. It was amazing. From then on it was pretty unpredictable whether he would sleep through or wake up. But since we have moved into our new house- he sleeps consistently through the night. It's a "new-house" MIRACLE!!

Want to hear the funny thing? I think he started sleeping through the night because he is on the bottom floor and we are on the top floor.  For the first two weeks we didn't have a monitor and (I think) the poor guy woke up, we didn't hear him and after a while he just figured we weren't coming!!!

And the answer is YES. He still sleeps with his hat. And, YES, it's totally adorable.
Posted by red hippo at 4:25 PM