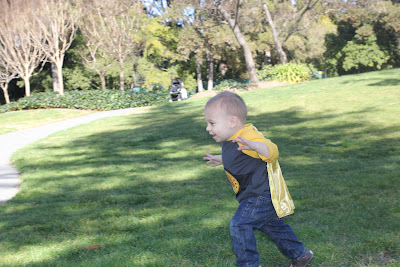 The past few days have been really wonderful. Tony had time off of work, so we've been spending some quality time as a family. Easton has started to say "cook cook" for cookie and "crackkkk" for cracker. Pretty cute, aye? He still says "Mommmmmyyy" with all of his might constantly throughout the day. Sometimes he'll say "Mommmmyyyy" ten times in a row- I think he's just making sure that I'm right there and I'll answer him whenever he calls. Baby has been following direction really well this past week- getting books, putting things away, and getting up to leave when it's time to go. He's also started dropping to the floor when he doesn't get what he wants- tantrums...I think that's what their called :) He even rolls about three times on the ground- just for good measure...

This week, I just couldn't narrow the pictures down. We had such a great time at the park and got some photos which really captured our day! Easton had a wonderful time digging for Dino bones in the sand box, playing on the playground, and running through the open grass. He runs ALL the time. He's so wonderful to watch. 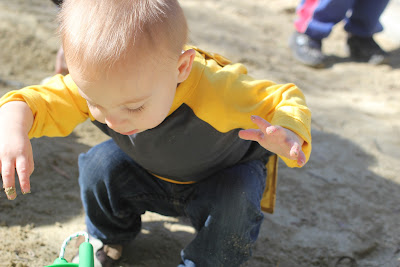 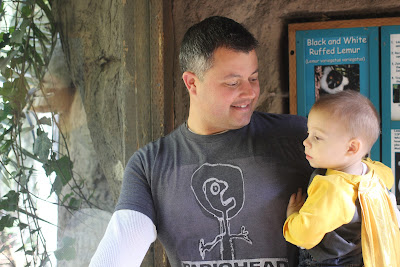 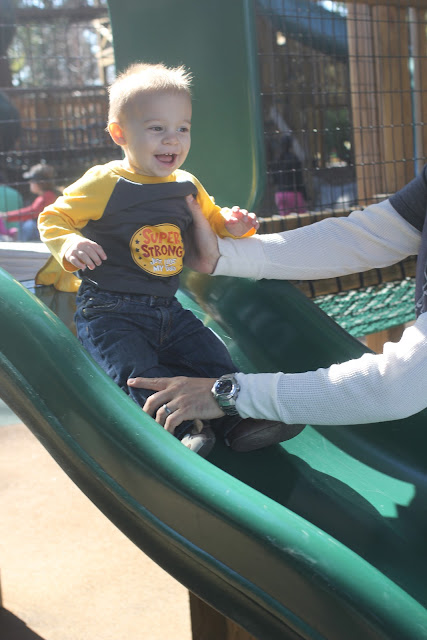 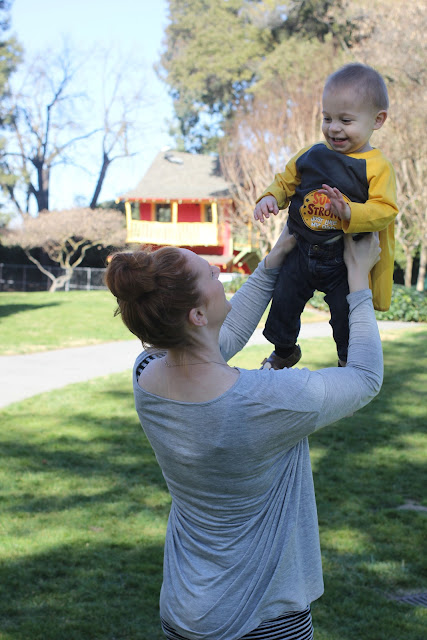 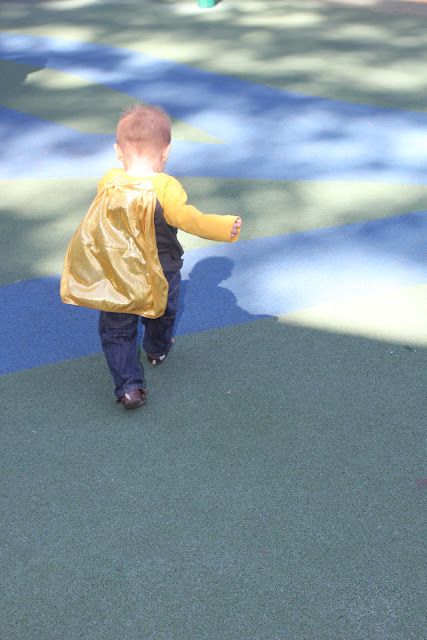 His cape is so AMAZING...we had so much fun watching him "fly" around the park!