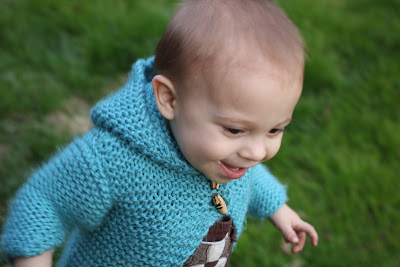 This week Easton has been sick. He's had a fever since Monday ranging from 100-104.7 degrees! Talk about scary. Weirdly enough, he has been free from any other sick symptoms and pretty much as happy as ever. This morning he grabbed Tony's shoe and said "shhoooo!" He's been saying "shoooo" all day (whenever prompted) and it is SOO cute. He has started to say "Mommy," which honestly melts my heart. He says it with such conviction...MOMMMMYYY." His other new words this week are; "baby" (and he says it with a french accent; "bebe,"), "daddy," and "knock-knock" (while he's knocking on doors). He's been doing his sign language, too. He really has a great sign "vocabulary" and uses them all throughout the day. We still tried to get outside a little this week- the weather has been beautiful here, so outside play seemed reasonable even with a small fever. 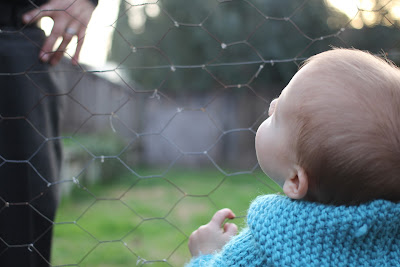 Easton is so excited about the 49ers being in the super bow- and I see A LOT of "touchdownnnnn" sign and words in the near future (he's been saying touchdown for a few weeks now, with the sign attached!!!).

This picture of Easton RUNNING away from his Daddy is soooo cute. Even though it's blurry it truly tells the story of just how happy he was! He was giggling and running all over the yard. So sweet. 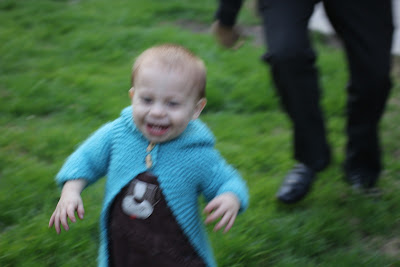