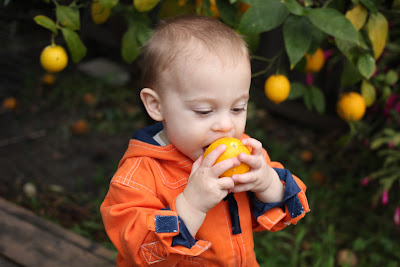 Easton has been a tad bit cranky this week. All is forgiven, as I have weeks like that too. Tony has been out of town so it's just been the two of us- and boy is it fun to have alone time with my toddler. We have been doing all sorts of stuff, including some water play this afternoon. Easton is using a lot of signs this week but has scaled back on his words. Maybe he just isn't in a talkative mood...I don't know.  He has a molar coming in, plus I've started letting him cry it out at night when he wakes up, instead of feeding him every time. Yes, I still feed that baby EVERY TIME he wakes. That is changing.

Easton has been begging for his toothbrush at all hours of the day (and has a little tantrum when I take it away), tries to slowly eat play dough (first a sniff, then a lick, then a nibble, then a BITE), and wants to skip dinner entirely and eat dark chocolate chips instead (who doesn't?!?). We gave him chocolate chips after dinner a week or so ago, and now stares and points towards the cabinet that houses those chips all through dinner. What fun. 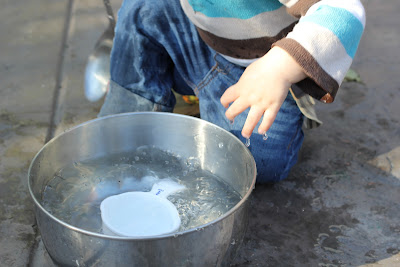 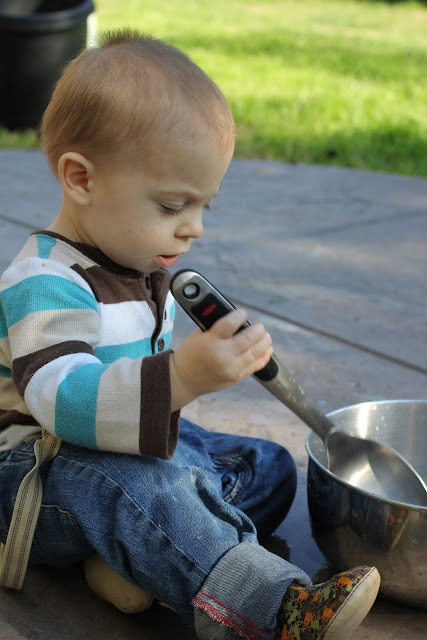