Tony and I just got home from a fabulous trip to Cabo San Lucas! My best friend Angela had a destination wedding, and I was lucky (and completely humbled) to be a part of her day. 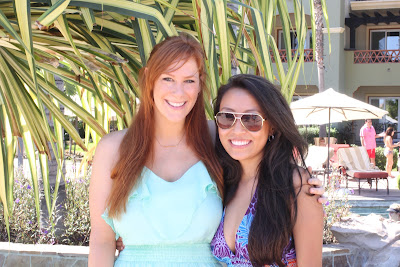 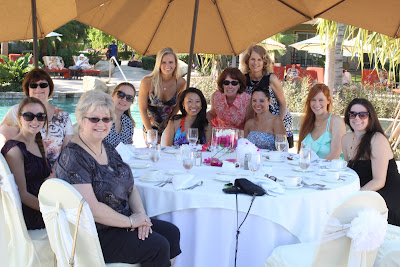 Together with Angela's aunt and cousin, we threw a impromptu bridal shower the day before the wedding. Angela's family and friends are spread all across the country and Mexico was the only time we could all be together to celebrate Ang in such a special way. 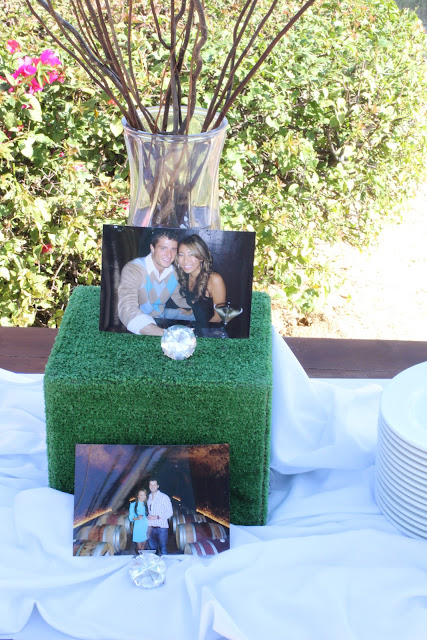 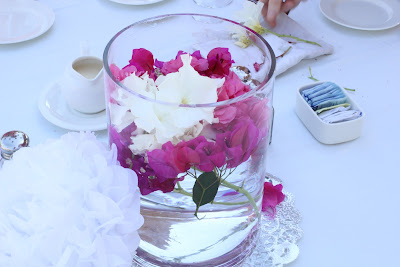 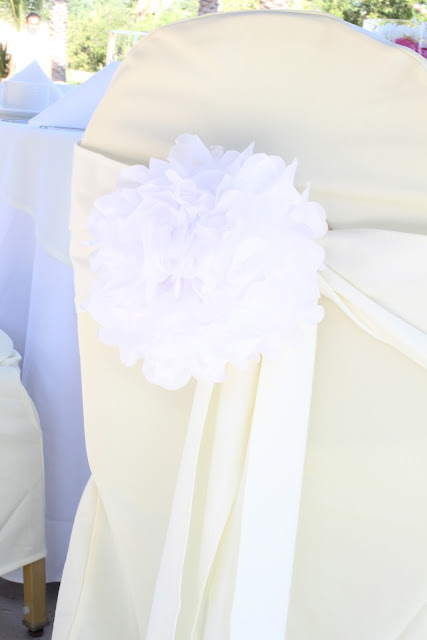 Of course, I would have loved to decorate more but I did what I could and even brought some stuff from home to make the breakfast shower, bridal-chić. The resort helped us out a lot. I barley had to lift a finger to help set up. Plus, every time one of us had coffee or water that was getting low, they would be pouring more. You just can't get better than that! (I am extremely spoiled now, and want these guys and gals at every shower I throw from now on!) 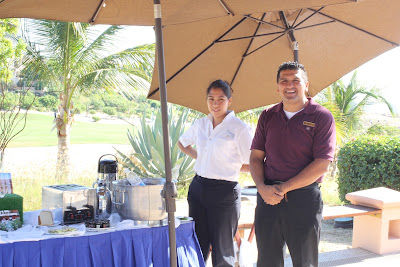 The shower was held poolside in the beautiful Mexico morning sun. We could not have asked for better weather! We ate breakfast, chatted about marriage and babies, and watched Angela open bridal gifts. I said a few words to start off the meal (which made Angela cry :)! 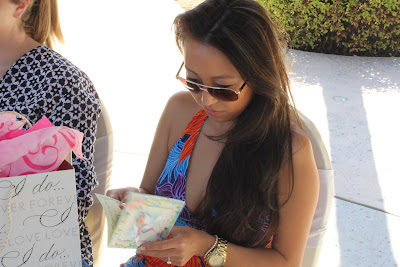 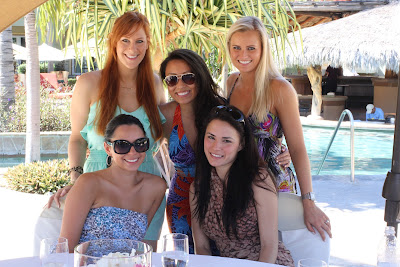 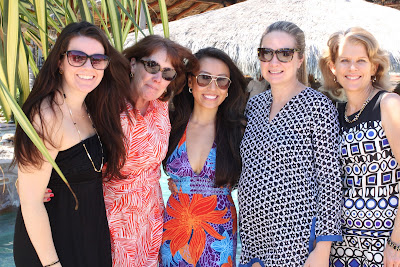 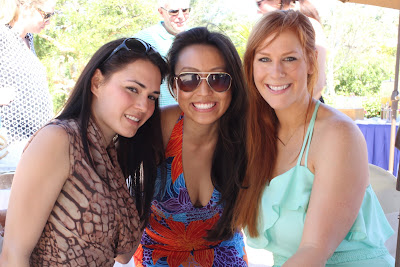 I have loved my dear friend since we were six years old. I couldn't be more happy and proud to watch her marry the man she loves- she deserves nothing but the best (and she got it!!!). 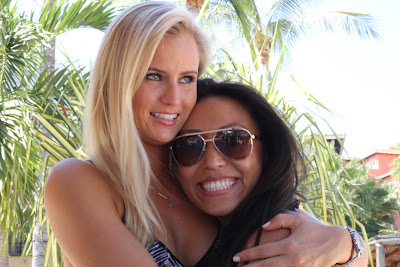 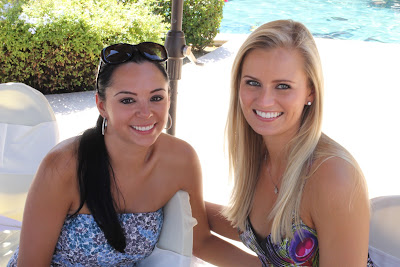 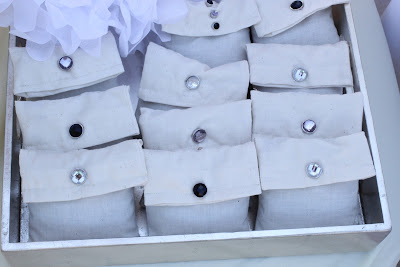 Above are the lavender sachets I made for the guest favors! They turned out pretty lovely, don't cha think? I bought the silver tray from West Elm, and gave it to Angela as part of her bridal shower gift. It will go perfectly on her mirrored vanity table!
Posted by red hippo at 1:51 PM

Mexican Bridal Shower! Seems to be simply amazing. Loved all decorations as they are simply heart touching. Thanks for these photos. I am also going to host a Spanish bridal shower for my sister. She is tying the knot soon at one of iconic wedding venues NYC and asked me to arrange bridal shower for her.