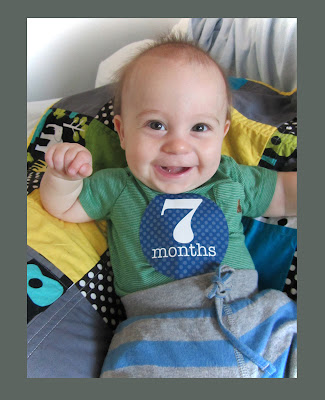 Easton is seven months old today. I love watching him grow, but a part of me gets a little sad when he hits these month milestones. It's like I'm watching his baby-ness slip away. I don't put him in jeans because I think he looks to grown up.  I even catch myself when I refer to him as "my son" and not "my baby." When is that moment when you start calling a child your son or daughter and not your "baby?" Maybe never. It's so cliche, but maybe it's true..."he'll always be my baby..."

These seven months with Easton have been incredible, hard, and wonderful. He is fabulous, and he is making me more fabulous too. I absolutely love being his, and I love that he is mine. In honor of his seven months on earth,  here are seven little tidbits I've taken away from being a mama...

Poop: It's possibly the grossest thing. I know everyone hates it, but I think I have an extreme phobia of it. This phobia is made worse by the fact that I launder Easton's dipes at home....and, that's all I'll say on the matter.

Manicures/Pedicures: I got a manicure and pedicure for the first time since Easton was born this month. He is totally obsessed with my painted nails. He loves them. Maybe it's the colors that he's drawn to, maybe it's the fanciness of it... I don't know. But, regular mani/pedis are obviously a must from now on.

Love: I didn't know I could love two people so much. Tony and Easton are amazing. I'm so lucky. 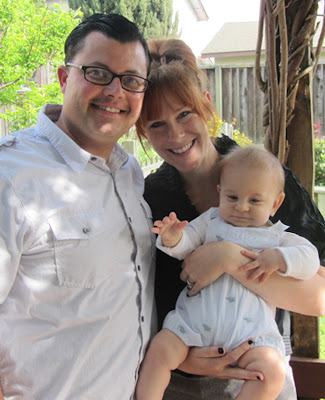 Food: Nothing is grosser to me than food goop everywhere. With that said, I absolutely LOVE watching my little guy eat the baby food I've made for him. I love it when he registers a new taste for the first time, and I love it when he finishes the entire bowl. It makes me so proud. 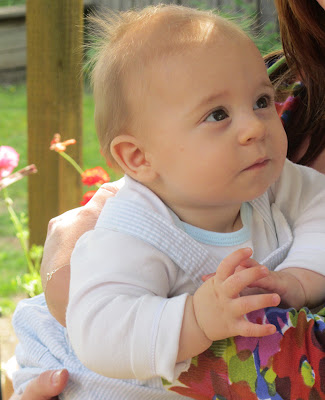 Time apart: this month marked the longest stretches of time that Easton and I have spent apart from one another. Here's the crazy thing...we both survived. Tony took care of him while I was in a class ALL day in San Francisco. The boys did great. They both survived and they both missed me. But they missed me in a healthy "I can't wait to see Mama," kinda way. Not a...."I'm alive but I need to see MAMA right now or I'm going to throw a tantrum," kinda way....(know whadda mean?) 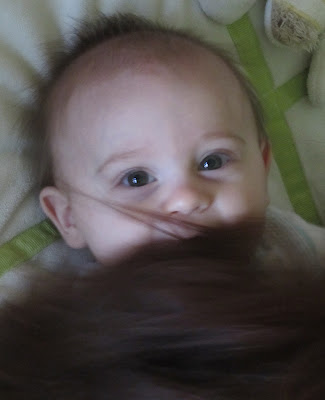 Non-spill sippy cups, they spill: I HATE it when things spill. I hate it. I thought that something that says it won't spill right there in the title, actually wouldn't spill. They do. I'm trying to encourage Easton to drink some water after he eats his veggies, and he drops that sippy-cup as soon as he gets his grubby little paws on it. It always spills. Maybe I need to try another kind...(any suggestions?) 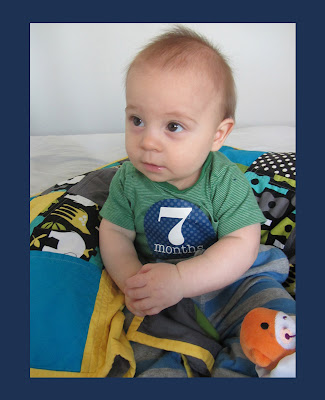