I have been trying hard (but not overly hard) to lose the weight that I put on while preg with Easton. I am extremely jelly of all the beautiful celebs that grace the covers of Us Weekly post baby, looking, well....like georgous celebs. Take Jessica Alba, for instance. She had a baby maybe three weeks before I did and she's sporting a bikini on the beach, looking like she never carried one baby let alone, two. Now- I'm not one of those women who looks at Heidi Klum and exclaims, "why don't I look like that after having a baby," when the reality is I didn't look like that BEFORE baby. I did, however, have somewhat of a bangin bod before I got pregnant (if I do say so myself), and would like to re-capture at least some of that pre-baby body now.

I have been eating wisely (mostly plants, and mostly non-processed), excersising about three times a week (yes, I could up that a bit), and the greatest task of them all- I've been taking care of my son by nursing him. The whole breast feeding thing is truly a gift, and I would not do ANYTHING to put my ability to feed my son at risk. Over working out, eating too few calories, and dropping weight too quickly could greatly hurt my milk production...and I refuse to do it. I lost 20 pounds in the first month of having Easton. It has taken another 2 and half months to lose 11 more. This process has been slow. Very slow. But, I'm thankful that I have the motivation to continue towards my goal of getting back to my pre-baby weight. (Yes, that is a total of 31 pounds lost, and I have 29 to go- I gained a lot while pregnant, oopsie :) 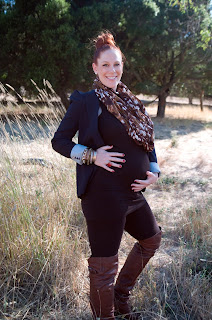 8 and a half months preg 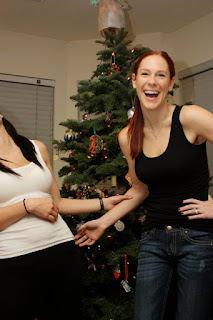 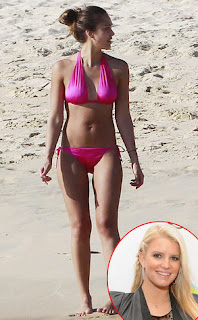 Back to Jessica Alba. Now, I'm no doctor. But I do have a bit of experience in the breast feeding and not eating enough category. A few days before Christmas, I came down with the stomach flu and couldn't eat much. I probably ate about 1,000 calories the day I came down with the flu and the day after. In those two days, my production of milk went down. I noticed it almost immediately. So, what I have to say about celebrities who look so amazing after giving birth....THEY MUST NOT BE BREASTFEEDING. Either that, or they are just super-humans. And either way, I need not be so jelly after all. I get to feed my baby from my own body. I have gained a new appreciation for the bod I have always wanted to change...and I'm so thankful for this. 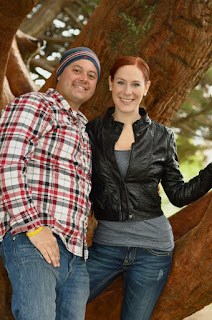 How long did it take you to lose your baby weight? What did you do to get it off???
Posted by red hippo at 3:37 PM

I agree about the celebrity thing - you can tell they aren't nursing because of their being way too skinny too fast AND because of how perky their boobs stay!!! Even though I always stressed out about losing the baby weight, it just came off without me trying overly hard - by the time the kid was about 1 I was always back to "normal," if not skinnier than before because of chasing a kid around all day. No matter what size you are, you have always been gorgeous and stylish and WONDERFUL TO BE AROUND, so don't stress. :)